American Public Media is a public radio powerhouse. It produces popular programs like Marketplace, Dinner Party Download, and The Splendid Table. APM also owns Southern California Public Radio (KPCC), the second largest newsroom in Los Angeles and one of the most listened-to public radio stations in the U.S.

In 2011, I joined KPCC to lead product design and engineering. I redesigned KPCC's website, designed native apps for iPhone and iPad, and led the creation of a custom CMS and innovative live streaming server. Later I focused on leading UX across all of American Public Media, leading design for APM's national investigative unit, APM Reports.

Public radio is not a number on your radio dial. Public radio is an ethos. It's a way of viewing the world with curiosity and care. I joined KPCC at a pivotal moment when the company aspired to become as essential on digital platforms as they were on broadcast radio.

I was responsible for defining, designing, and leading the development of KPCC's core audience product offerings – our websites, mobile apps, and digital listening experiences. During my time at KPCC, I shipped multiple new native apps and websites, redesigned legacy websites, and launched new revenue products for both membership and corporate underwriting. 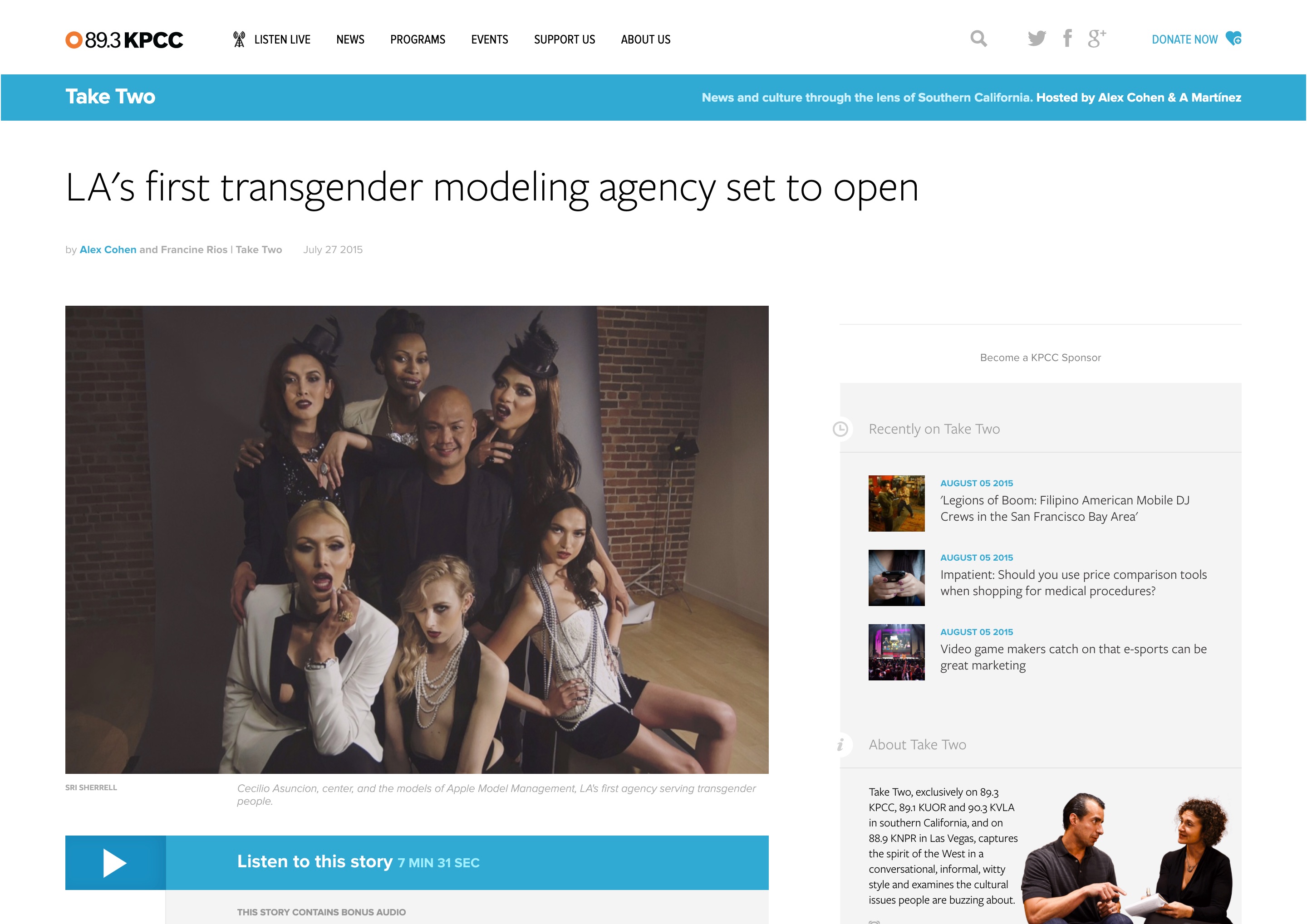 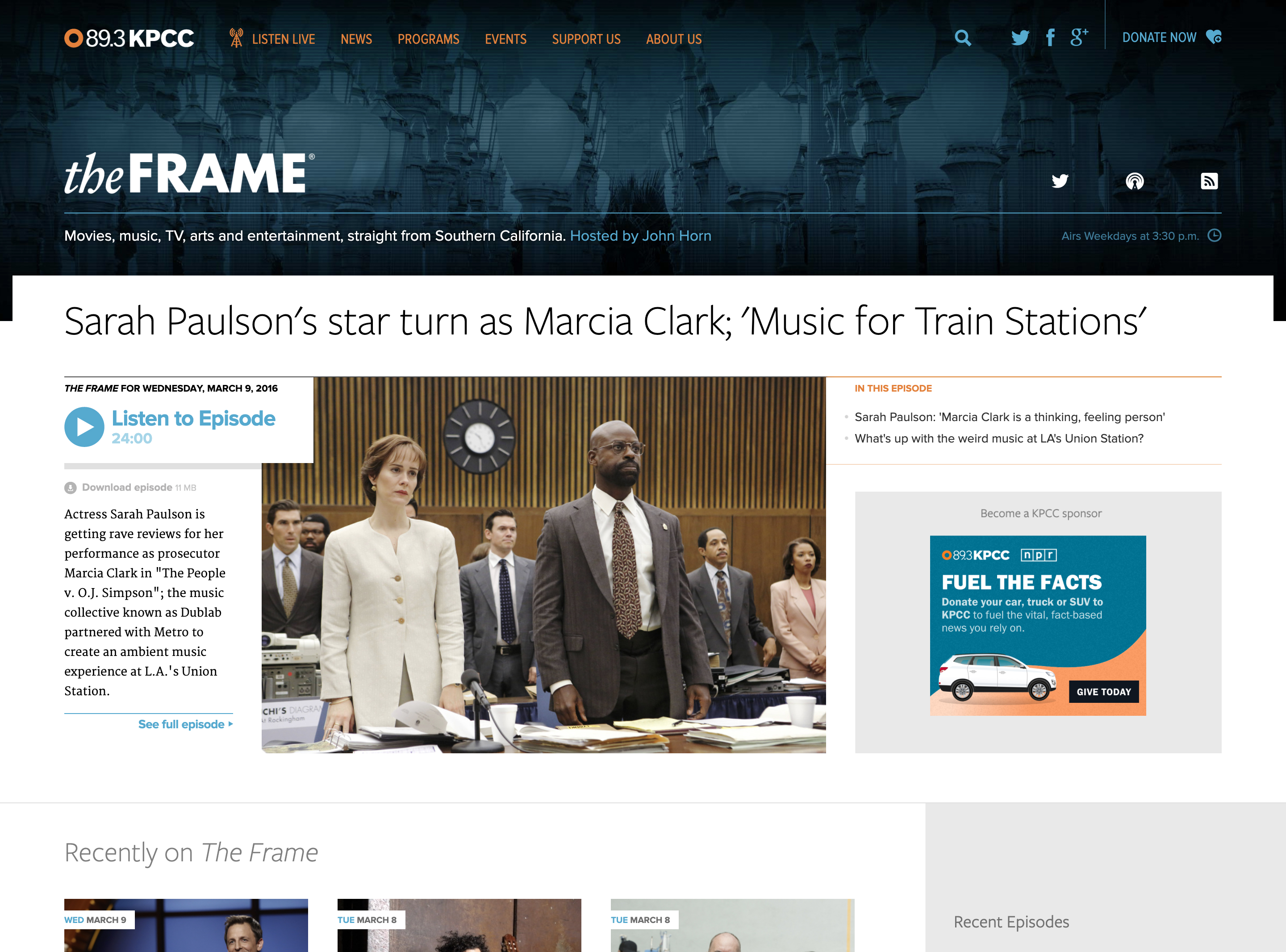 In 2014, KPCC set out to build a new iOS app with the goal of garnering an equally devoted smartphone audience. With so many options for listening on smartphones, making an iPhone app that felt indispensable was a high bar to reach for.

We leveraged KPCC’s great audio to build an app that fits into people’s busy lives in new ways. The app lets users time shift their listening back seconds or even hours, and delivers a daily curated listening experience of short, easy-to-consume segments. 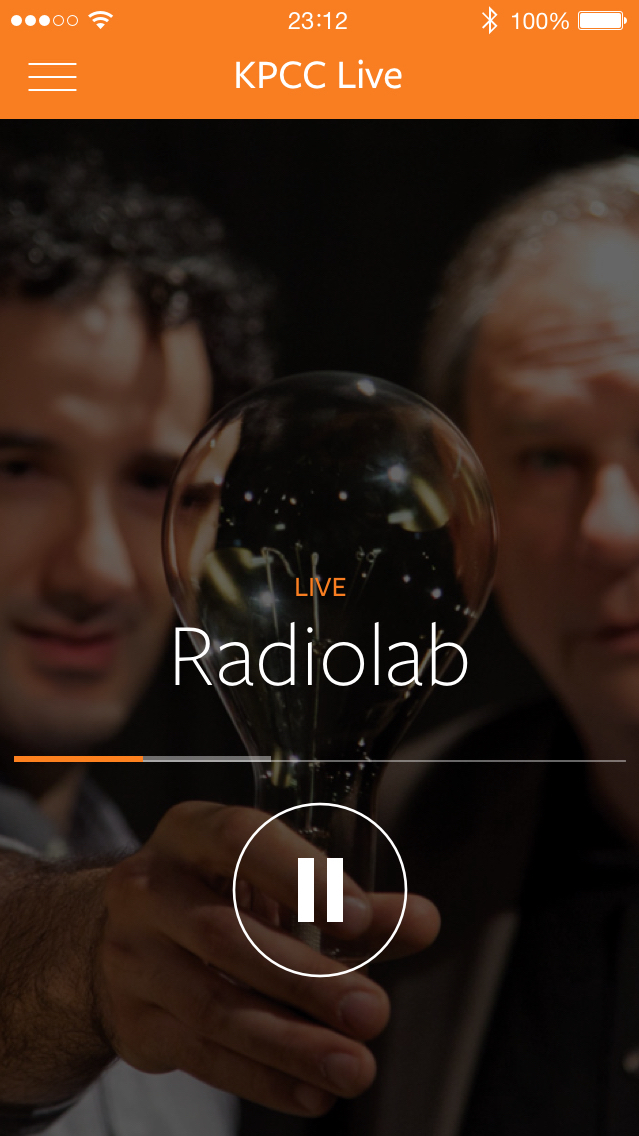 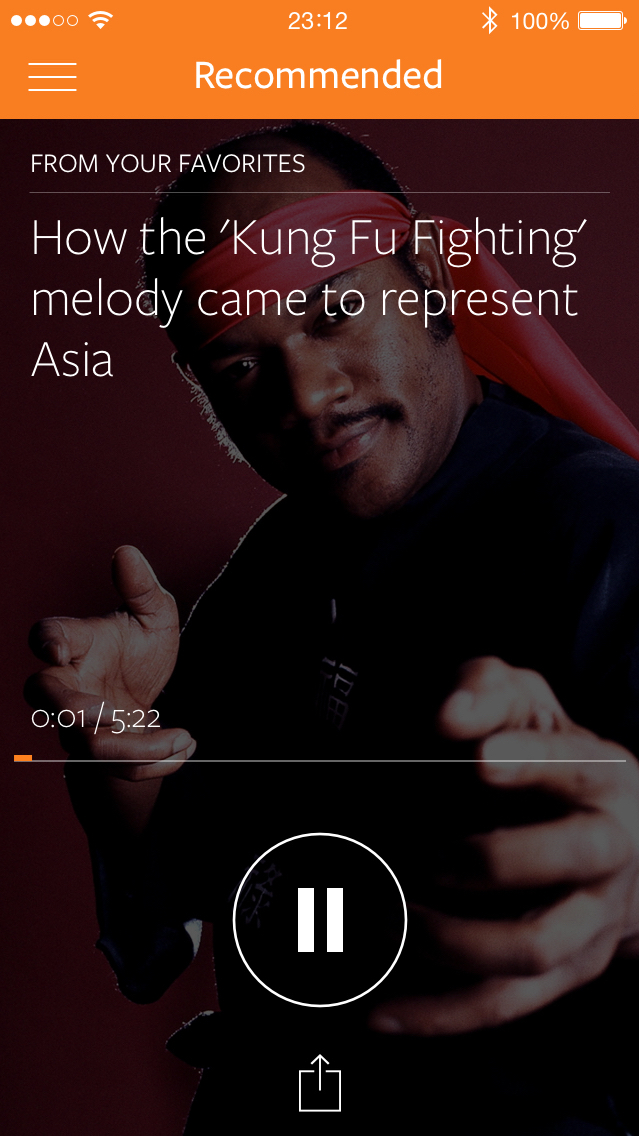 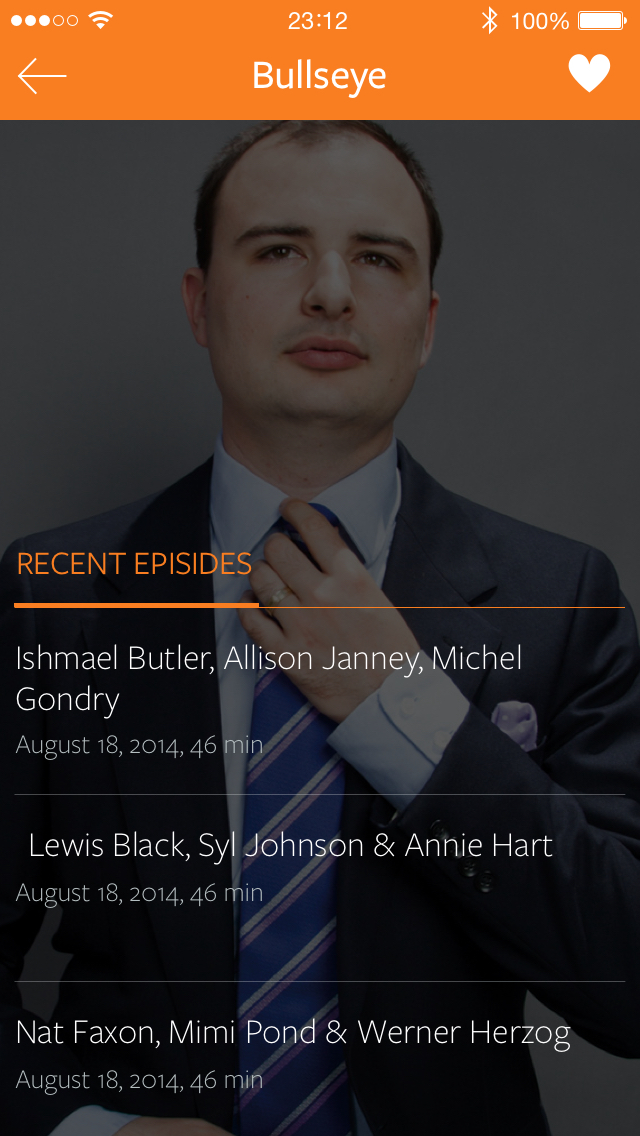 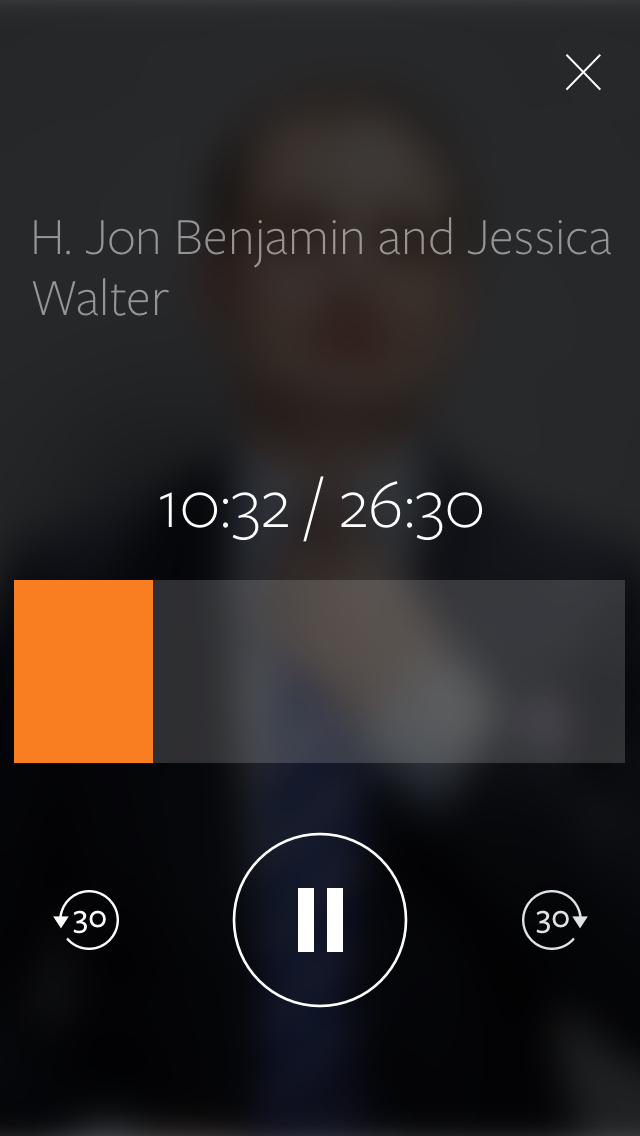 I led product design and frontend development for its website. I tried to create a beautiful and flexible destination to elevate APM Reports’ hard-hitting and nationally recognized investigative journalism. 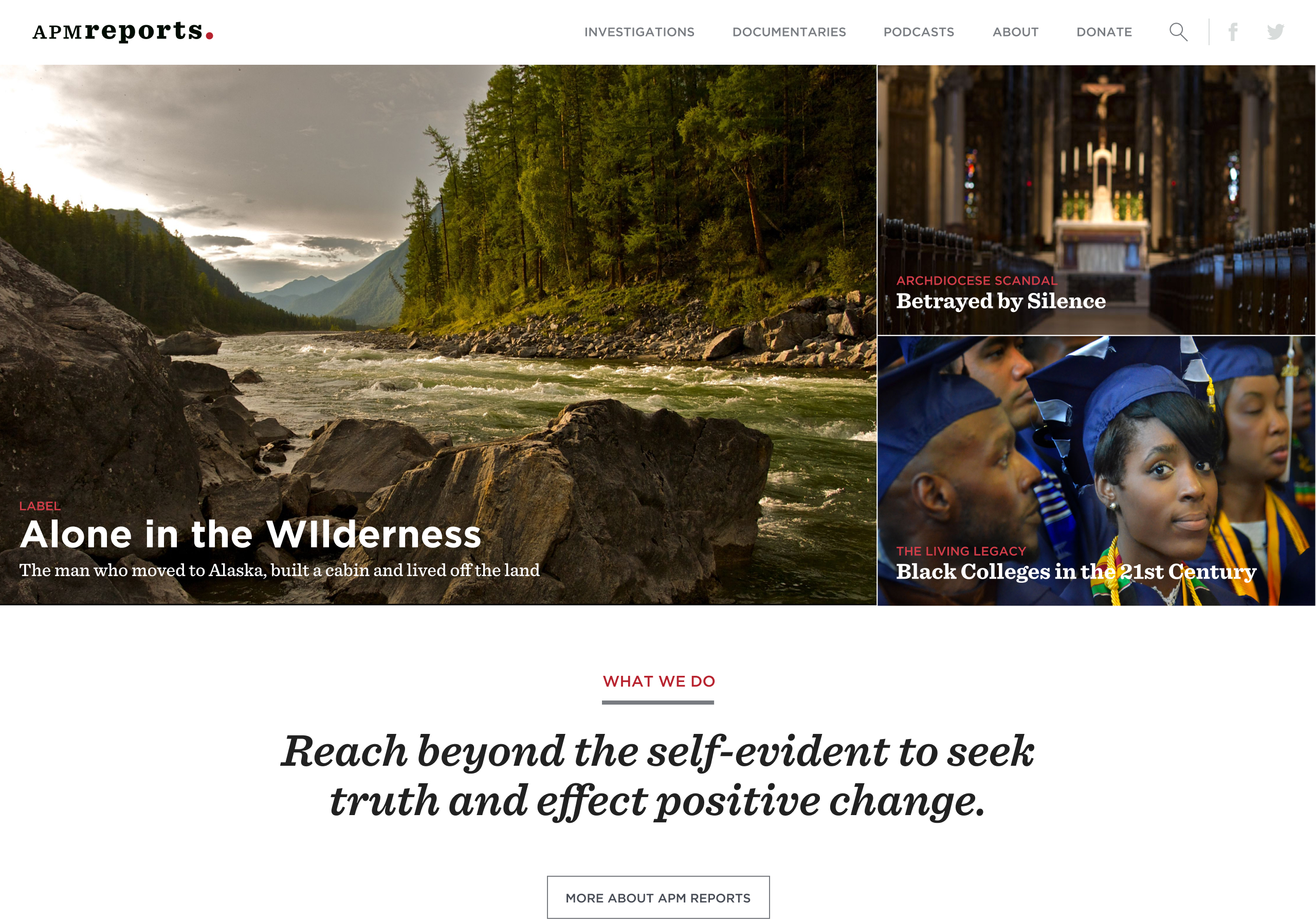 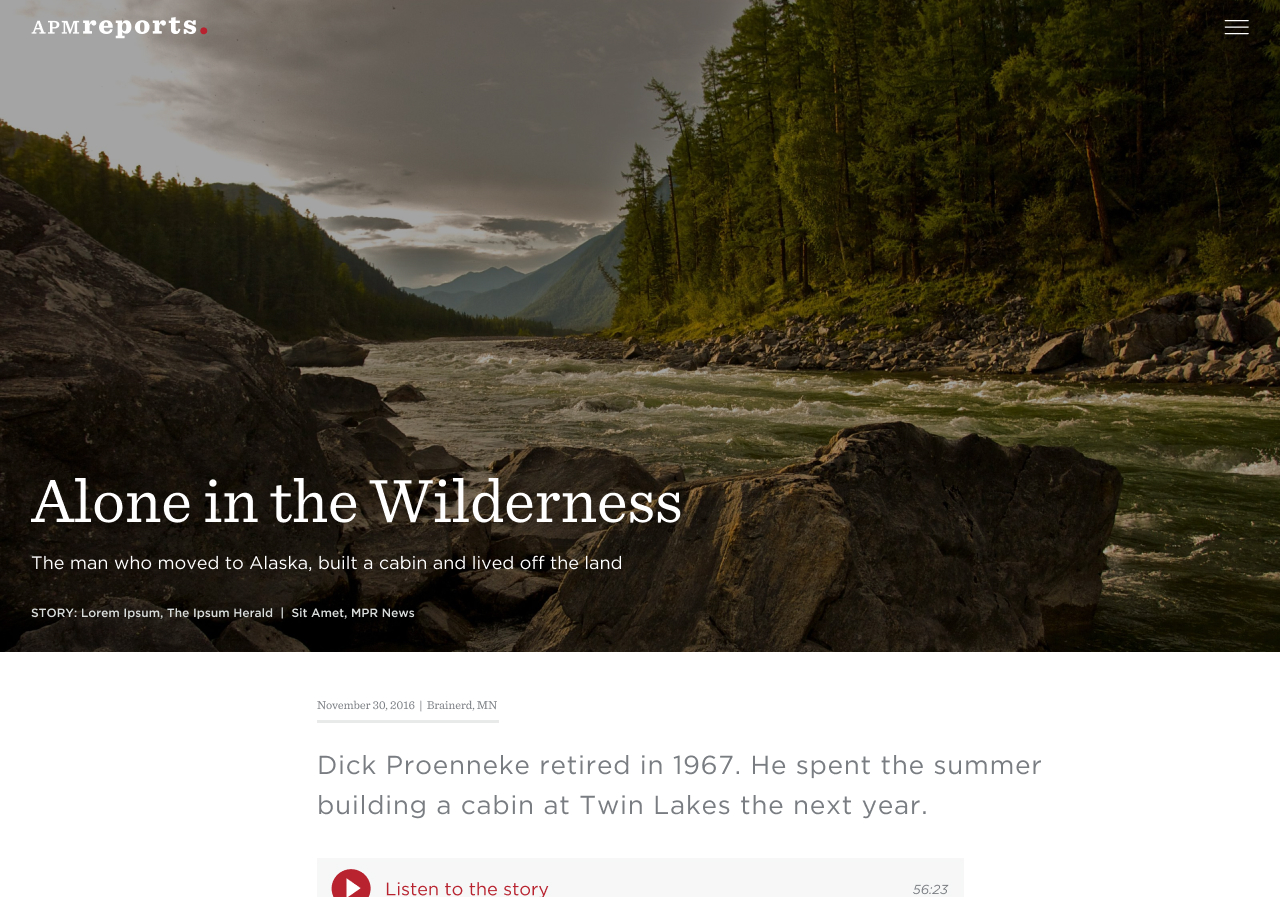 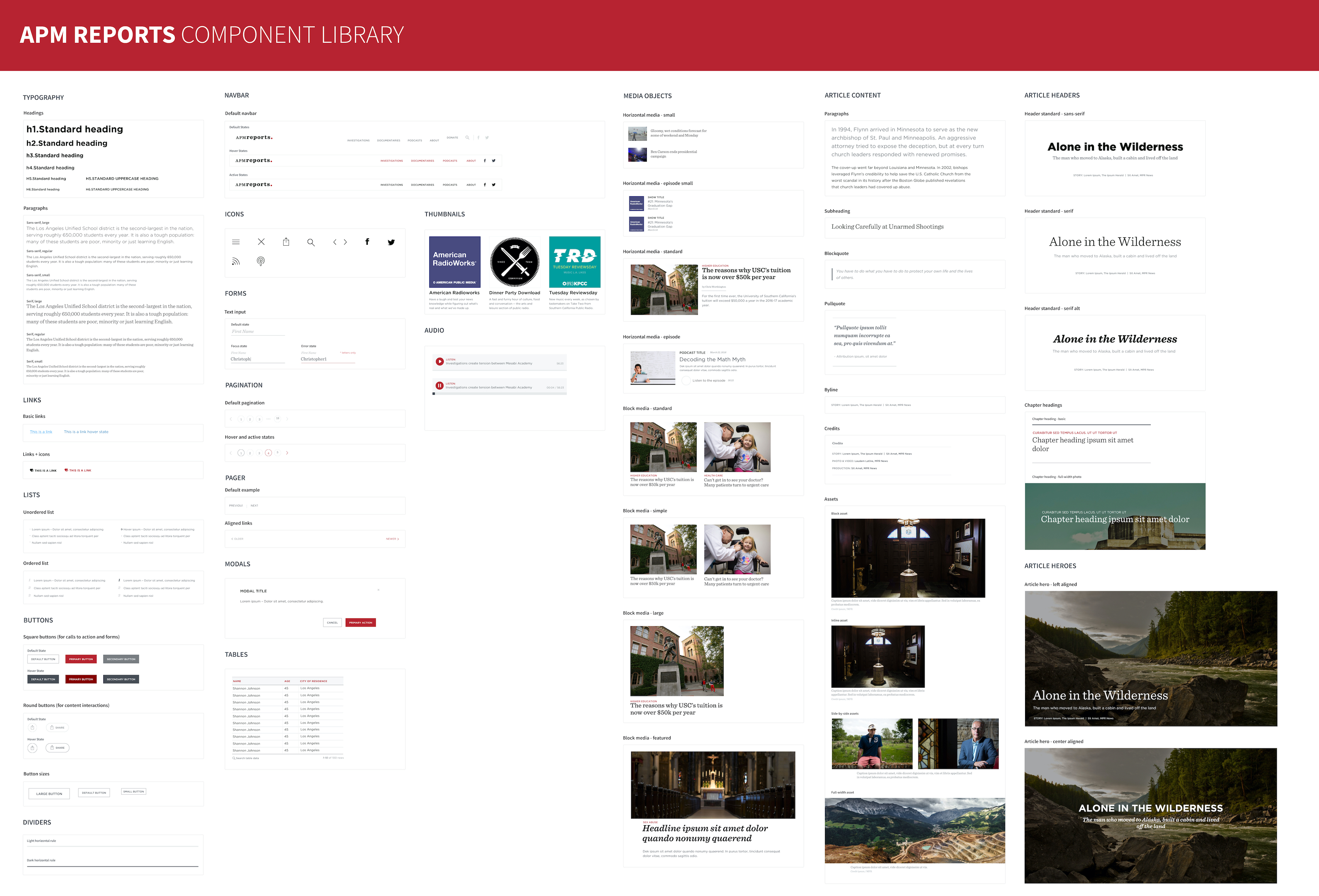 Reimagining publishing systems for the needs of a modern newsroom

At KPCC, we see the CMS as “the box of all that’s possible.” It’s also the tool that our reporters and editors spends their entire day in, so we built our publishing platform from the ground up, tailored to their specific needs. Since 2012, all of our websites have been powered by a custom Rails engine we call Outpost. In an industry where most newsrooms hate their CMS, we’re proud of the fact that KPCC’s editorial staff find Outpost a pleasure to use.

And since KPCC is know for great live radio, we looked for opportunities to innovate in live streaming, a space where the tech had stagnated for years. We built our own Node.js-based streaming server, StreamMachine, the first open source project that brought DVR-style replay and rewind to live radio. KPCC was the first public radio station to enable listeners options like "play the current program from its start", or "play the 9am broadcast." Our idea was so compelling that other stations followed suit, and the biggest vendor in the industry even copied our tech and turned it into part of their service offering. 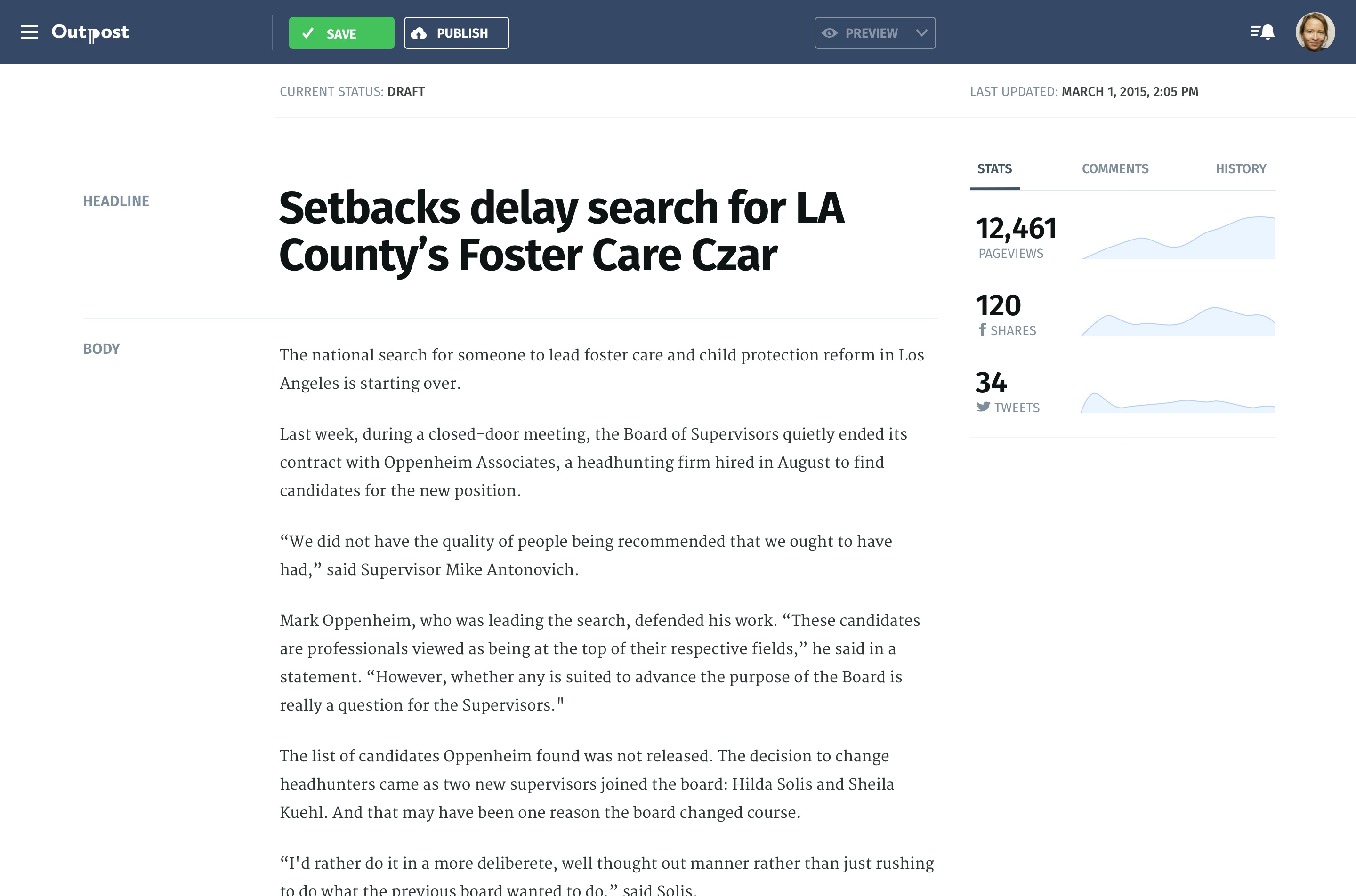 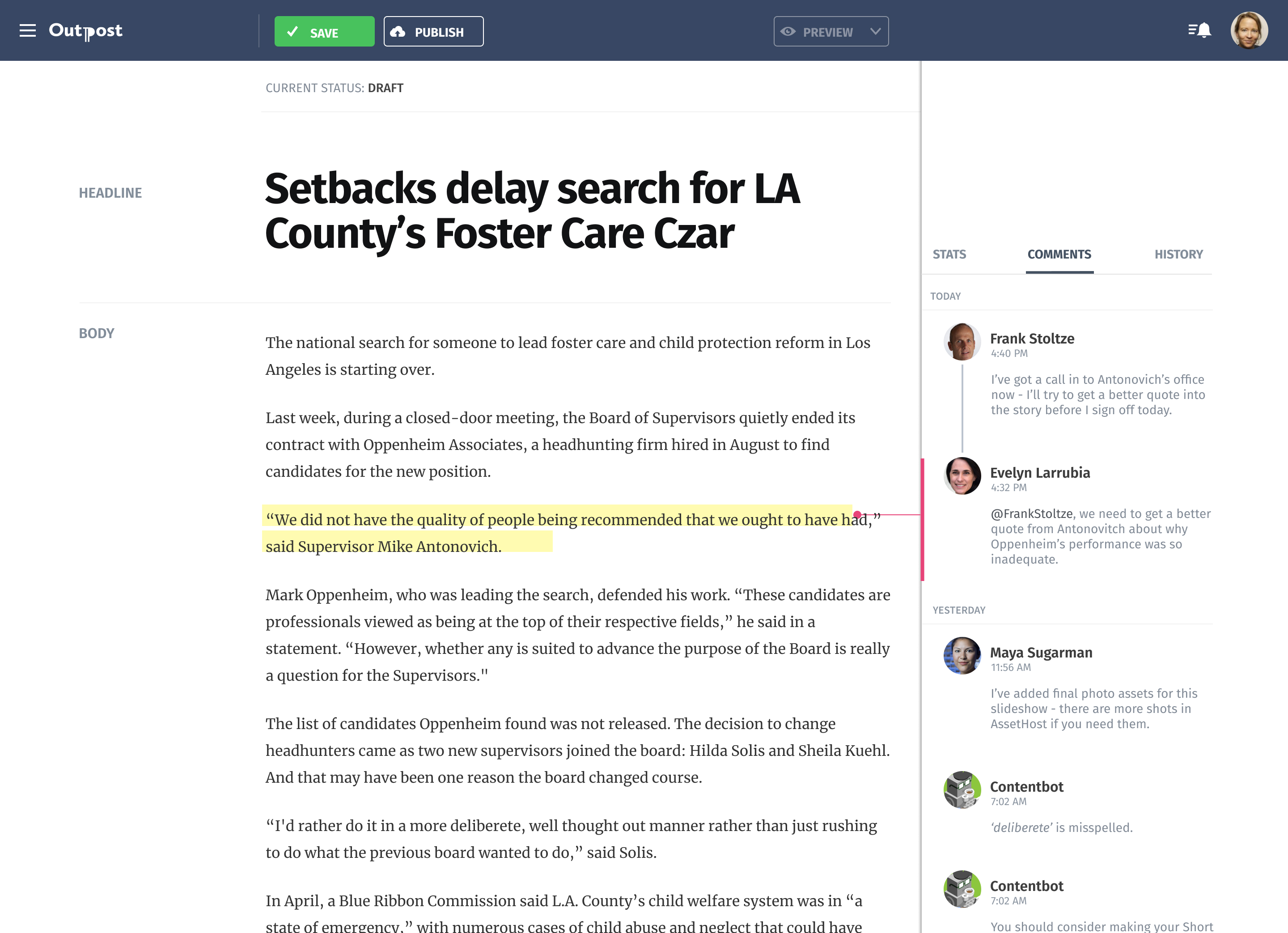 At KPCC I designed and provided creative direction on multiple special editorial projects. These bespoke projects gave us a chance to think expansively about how to use design as a way to tell stories. Our work won multiple awards, made national headlines, and helped change the public conversation about important issues. 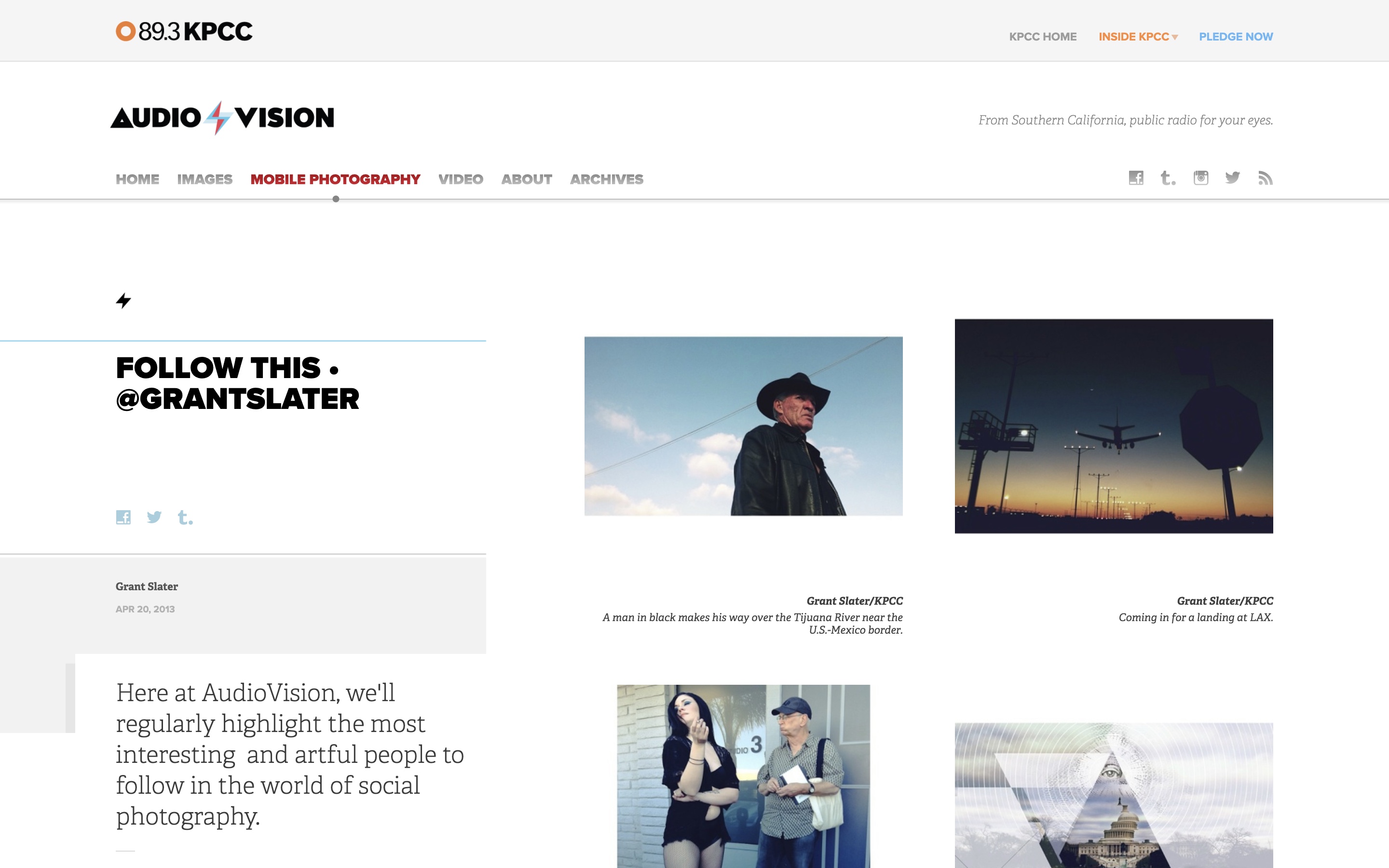 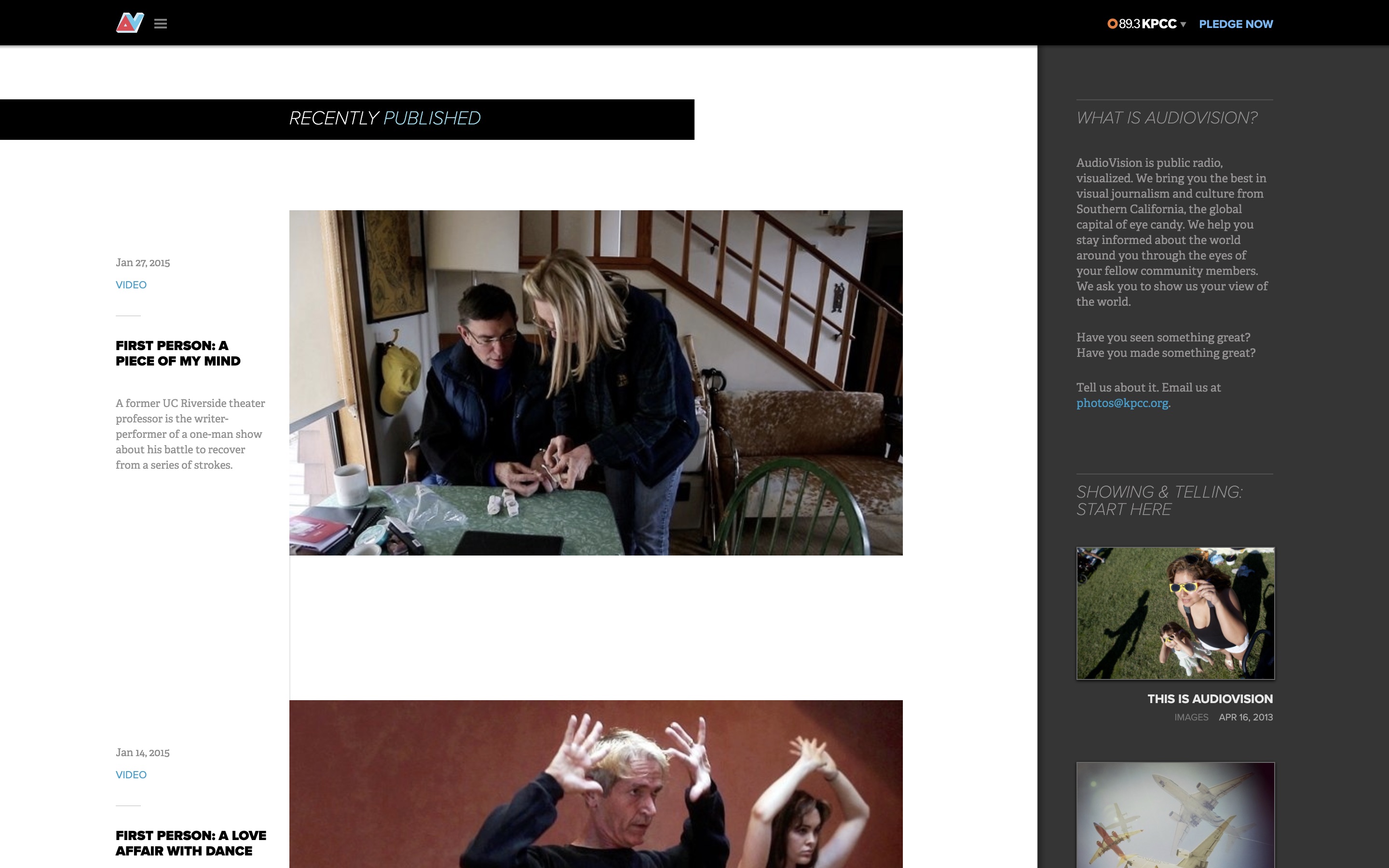 2013 was the year that California wildfires caught the world's attention. Instead of passively reporting on horrific spectacle, KPCC wanted to build a useful tool for audiences to learn about active fires and evacuation warnings.

We created Fire Tracker, automatically merging CalFire data, KPCC coverage, and relevant tweets into the best wildfire resource in the state. Fire Tracker won awards and its shareable cards were embedded in articles from CNN, the New York Times, NPR, and the Guardian. 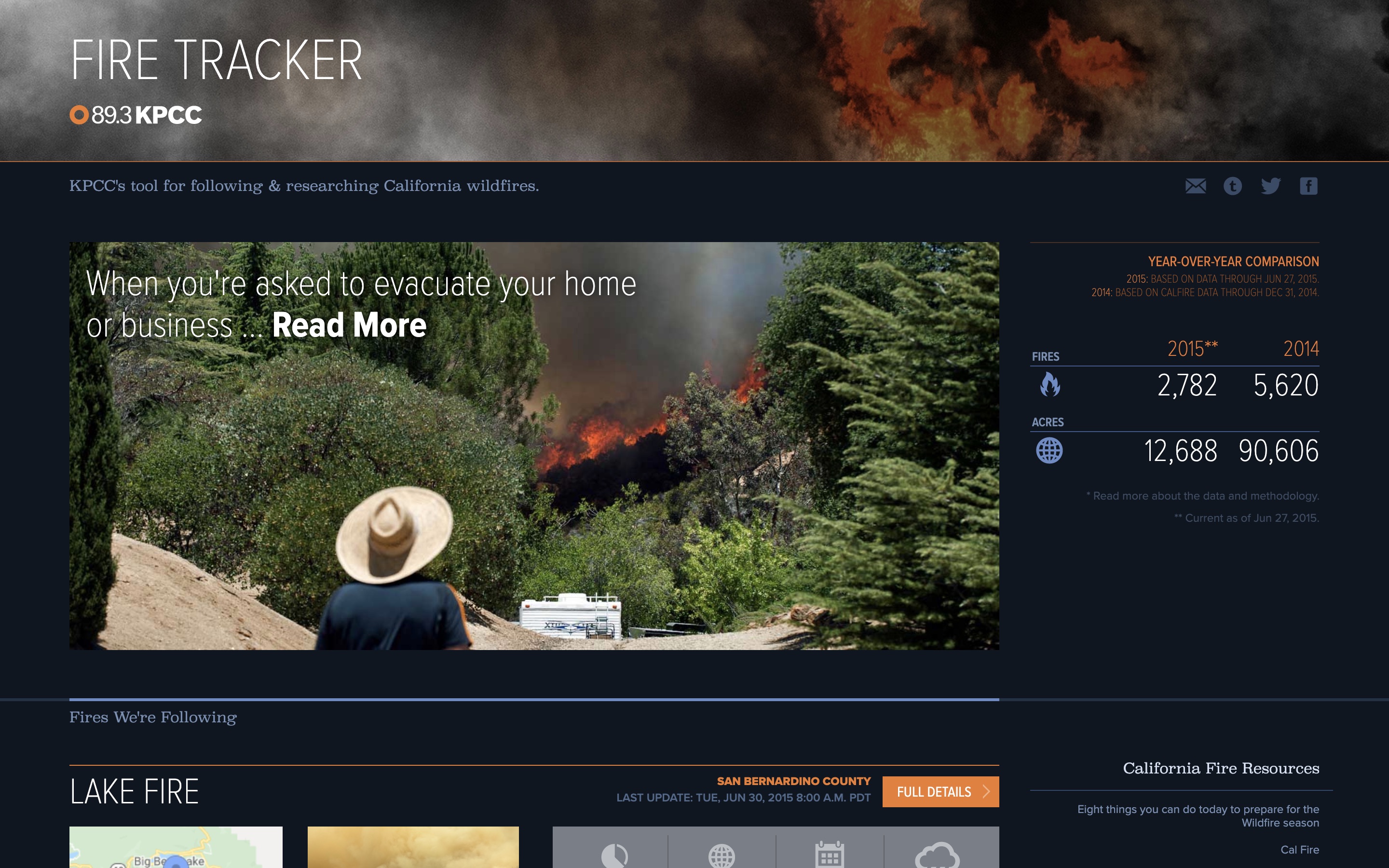 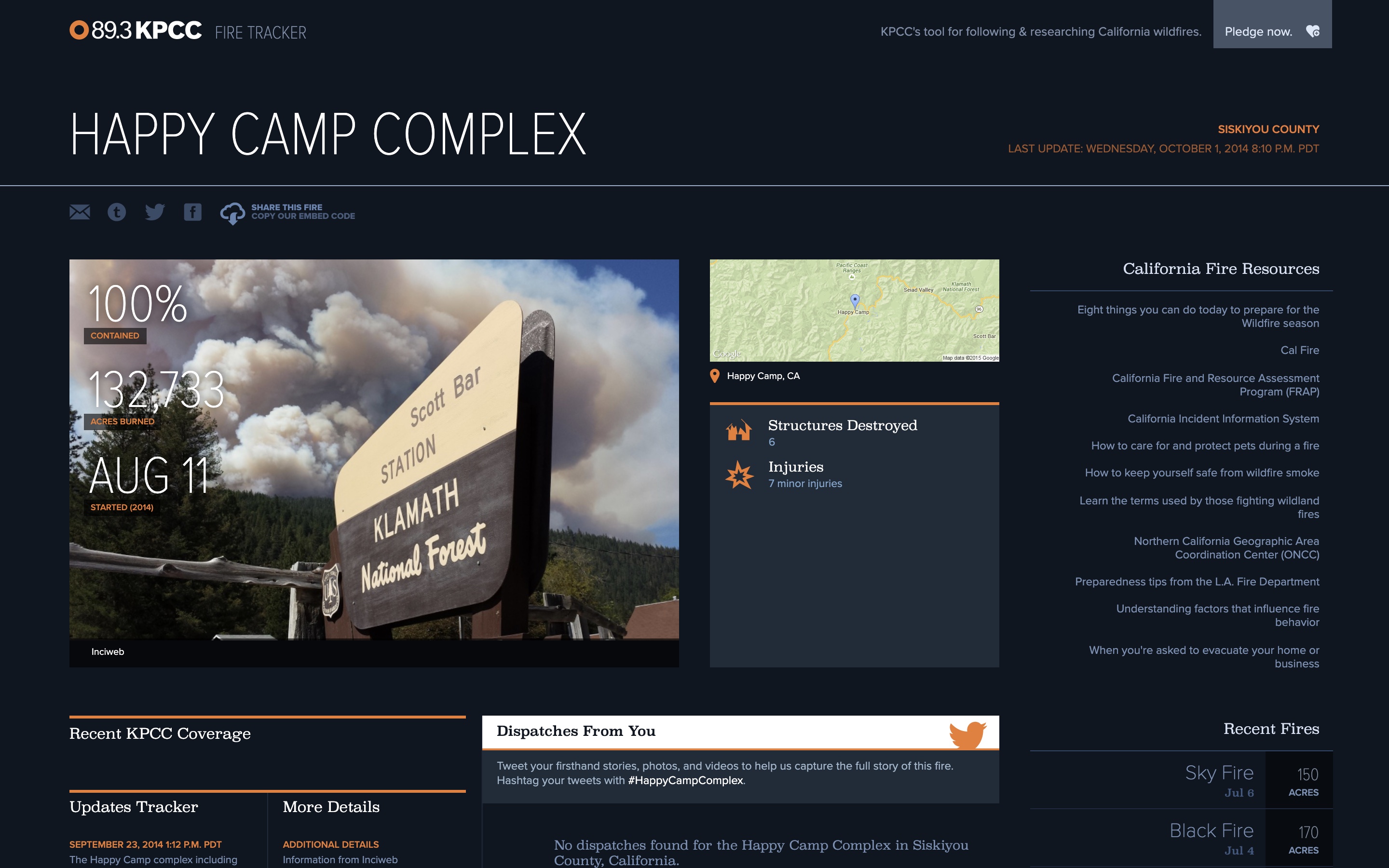 If you live in Los Angeles, you know anecdotally that civilians are shot by police far too often. But police officials don't share data that would help the public understand the true size and shape of the problem.

KPCC used District Attorney documents as a backdoor into data that answered key questions: How often do police in L.A. county shoot civilians? How frequently are unarmed people shot? (A lot.) Is race a factor? (It is.) 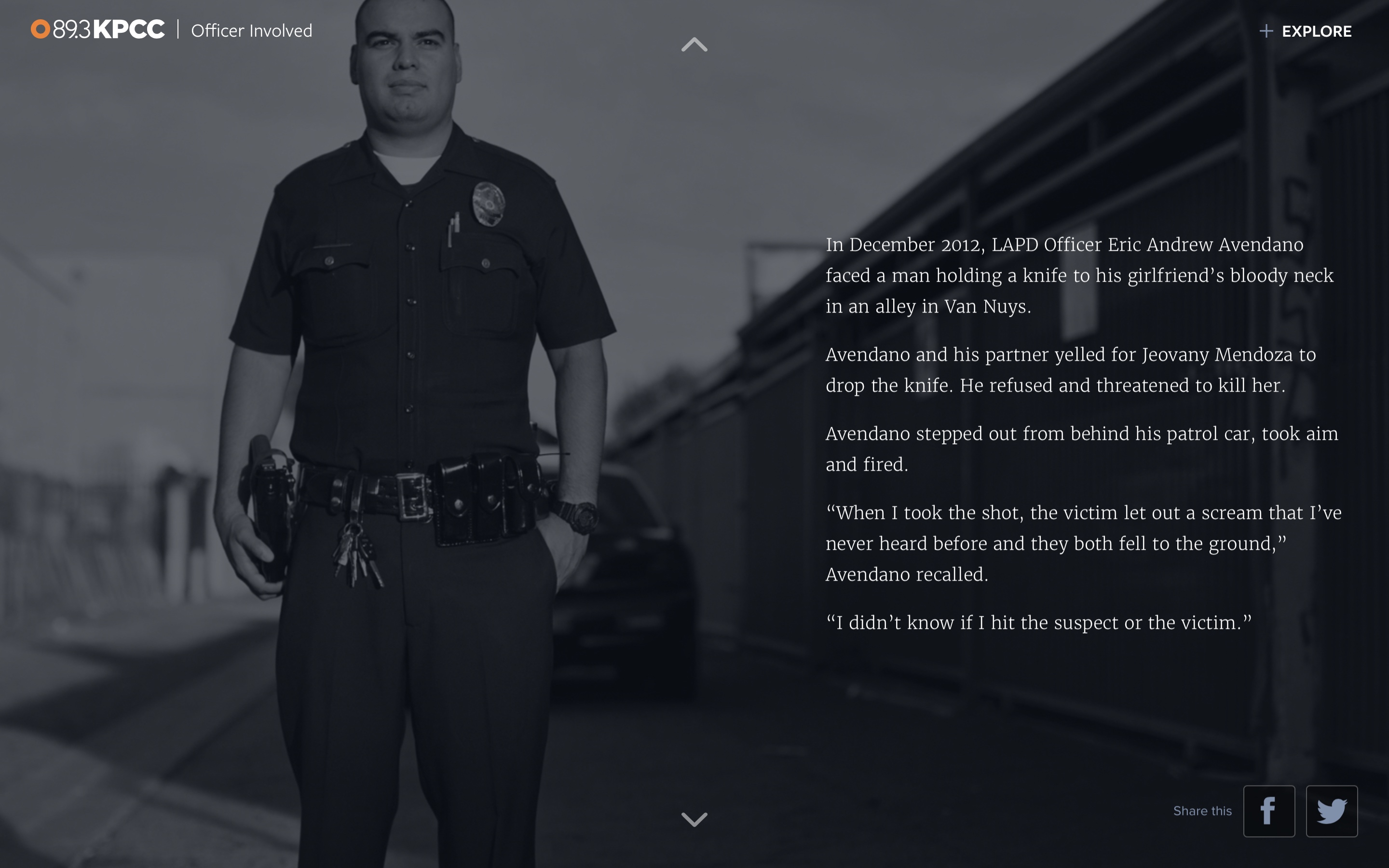 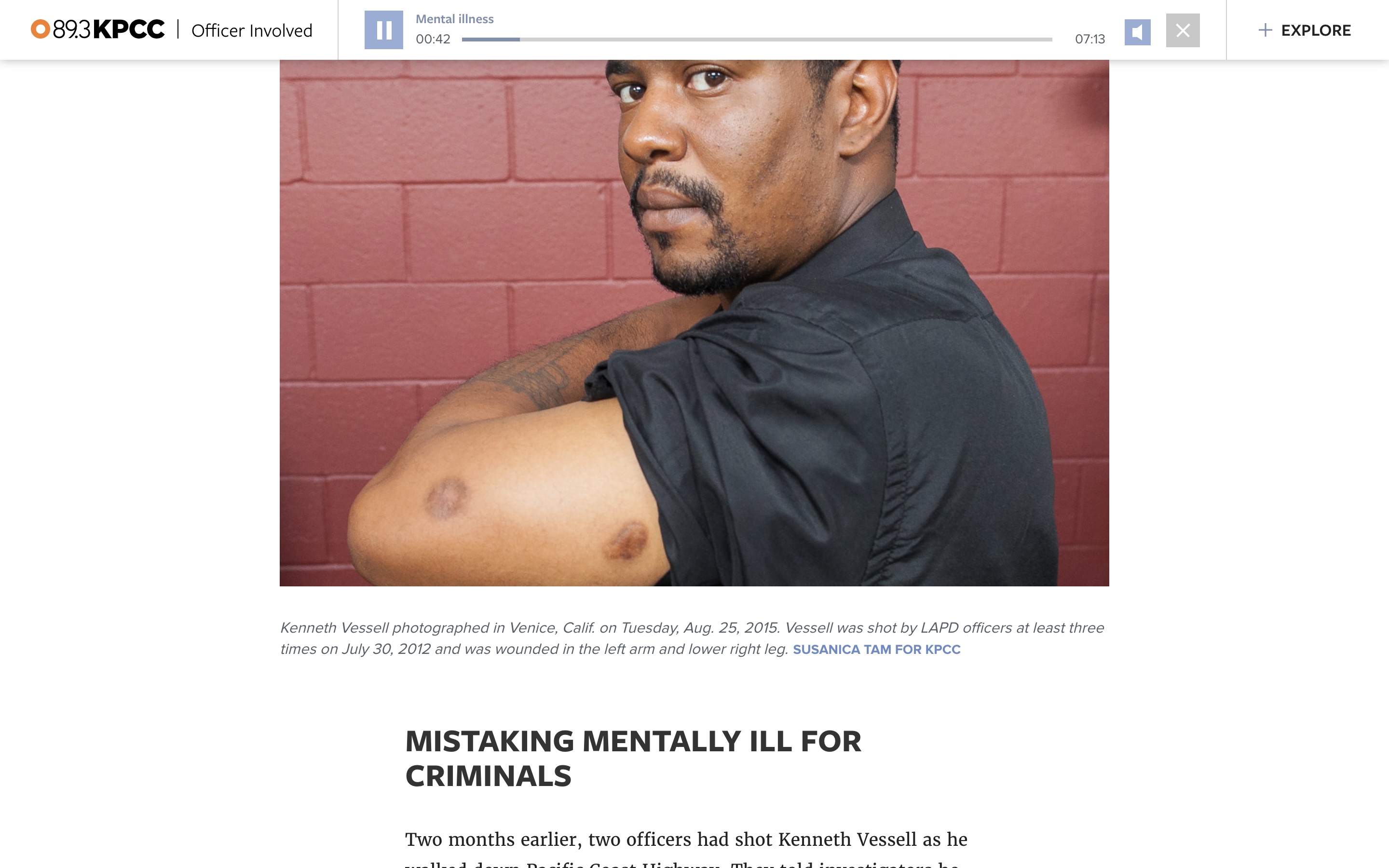 Finding great talent to work together on a great mission

Working at KPCC gave me the opportunity to hone my hiring skills. From 2011-2016, I hired all the designers and engineers at KPCC, finding talented people who wanted to apply their craft to a public service mission.

My vision was to create great products delivering inspiring journalism to all Angelinos. But with modest resources, I had to build a team that could punch above its weight. During my five years at KPCC, I built one of the strongest product teams in public media, in part by embracing distributed teams and hiring outside the L.A. market. The people I hired eventually went on to work at companies like NPR, Square, Microsoft, Zillow, Tinder, Disney, and PayPal.

I'm currently Head of Product Design at Signal Sciences. We help companies defend their applications and data against hackers and attacks, protecting over 1.5 trillion requests each month.
2011 - 2016

As Director of UX for American Public Media and KPCC, I led design and engineering. I helped define product strategy, designed all our platform products, and shipped award winning editorial projects.

KPCC, the second largest public radio station in the U.S., earned a loyal audience of 700,000 weekly radio listeners. In 2014, I designed their new iOS app to help them garner an equally devoted smartphone audience.
Web App